Six young people from Fife completed the last Hand Picked Academy of the year in November, bringing the total number of candidates to attend the course run by CR Smith in 2018 to a record 88.

Referred to the Academy either from school, their local jobcentre or Skills Development Scotland, the six spent a week learning how to stand out from the crowd when they apply for work. They took part in workshops on how to market and sell themselves to an employer, as well as in-depth interview sessions and a mock interview at the end of the week to practice their new skills.

The course, which takes place at CR Smith head office, also includes a work placement, so that each candidate can learn about the different types of jobs available to them. Two took up the opportunity to shadow CR Smith joiners, three undertook admin and marketing roles, while one spent the day with an architectural technician in the firm’s Drawing Office.

The Hand Picked Academy is designed to better equip young people for the world of work, it helps them learn about the workplace and what is expected of them as new employees. At the same time, it sets out to build their confidence to seek and secure a job.

“The final Academy of the year was a great success. The six young people completing the course got a real taste of what employers are looking for in new employees and how they can successfully compete for jobs in the future. Our role now is to support these young people into work and we are hopeful they will all secure employment in the very near future.

“It has been a very full year for Hand Picked. We have delivered seven Academies along with a programme of paid work placements with a range of Hand Picked employers. As well as 88 young people through the Academy, we have placed nearly 60 young people into paid jobs.” Condensation on windows, along with the damage that can be caused, is a problem that can occur to any kind of building or home. It can occur on the inside, outside or between the… 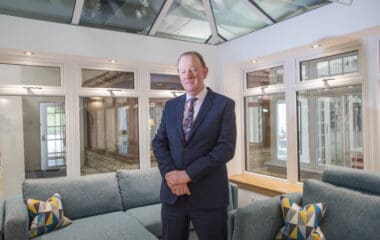 Coronavirus: When do we talk about school and college leaver prospects? By Gerard Eadie, CBE

Everyone has suffered as a result of the outbreak of Covid-19 making it difficult to single out any one section of society as more deserving of our attention than another…. 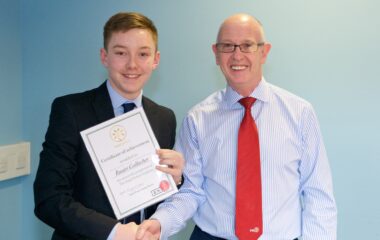 Condensation on windows, along with the damage that can be caused, is a problem that can occur to any kind of building or home. It can occur on the inside, outside or between the…

Coronavirus: When do we talk about school and college leaver prospects? By Gerard Eadie, CBE

Everyone has suffered as a result of the outbreak of Covid-19 making it difficult to single out any one section of society as more deserving of our attention than another….